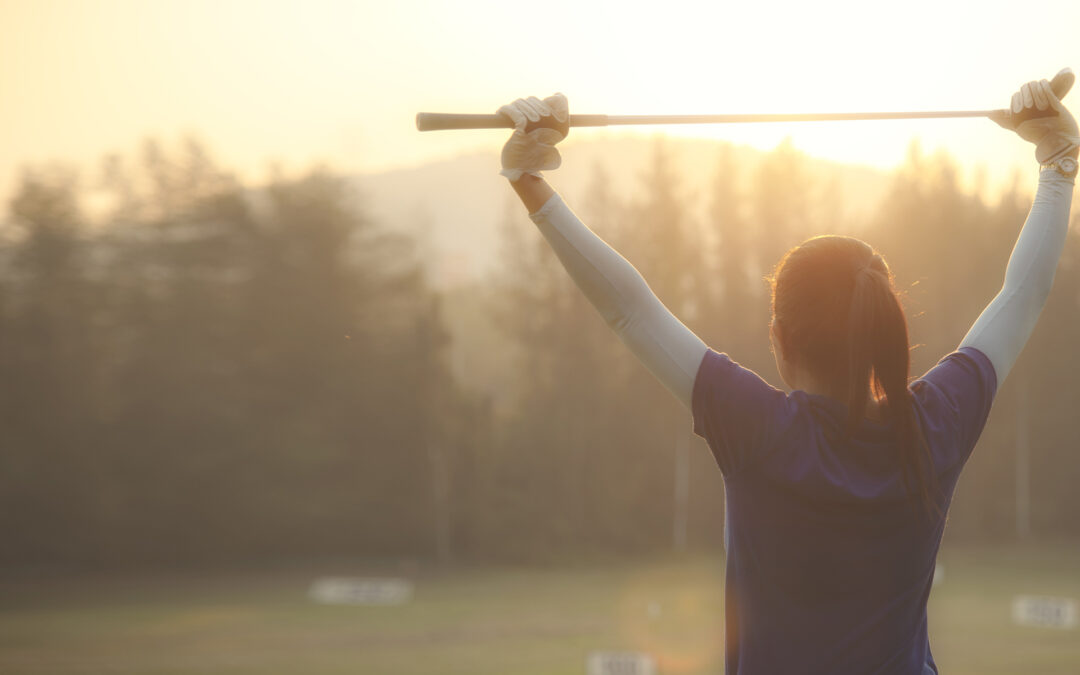 The rundown for Golfer’s Elbow and Tennis Elbow:

When it comes to sports that involve gripping a racket or club or stick there are two common injuries that can occur in the arm; Golfer’s Elbow and Tennis Elbow. These injuries have been dubbed these names because of the sports in which they commonly occur but their incidents are not exclusive to those sports. Both of these injuries are brought on by overuse and excessive load placed through different structures in the forearm. The medical term for these injuries is commonly called tendinitis but, as we have discussed previously, the better term for them is tendinopathy which is more associated with tissue disrepair and overuse as opposed to a single acute event.

Golfer’s elbow is also called medial epicondylitis, or in other words, inflammation of the part of bone where the tendons that FLEX the wrist attach which is located on the inside of the elbow. This is common in golfers when they swing and hit the ball and the force needs to be absorbed by the forearm but as said before this can occur during any exercise or sport where the forearm is worked excessively. This can happen during an excessive amount of curls or putting together a cabinet and using a screwdriver too much. This all leads to pain with gripping and pulling motions.

Tennis elbow is the same concept but on the opposite side of the elbow thus is called lateral epicondylitis, inflammation of the part of bone where the tendons that EXTEND the wrist attach which is located on the outside of the elbow. This is common in tennis players due to absorbing the force of hitting the ball during a backswing or a two handed swing. This leads to pain with gripping motions as well as lifting objects like a kettle.

When acute injury happens to a tendon, during vigorous exercise as an example, it is called tendonitis, meaning inflammation of the tendon. In medical terminology whenever there is an -itis at the end of a word it is referring to inflammation. In the same fashion a tendon can become inflamed which presents signs of heat, redness, and swelling around the area. While this can happen it is not as common as most people might think.

The more likely presentation of tendon pain is from chronic over usage over time where the tendon experiences consistent micro-injury that builds up over time to finally presents as a larger injury and causes pain. In this case a tendon will present with tissue breakdown where the fibers that make up a tendon (collagen) are not in the nice parallel formation that they normally are and will have a haphazard organization to them. This not only decreases what is called the load capacity of the tendon but can also cause pain as your body perceives load through the tendon as damaging. The term for this type of tendon pain is tendinopathy.

Here are some exercises to help Golfer’s Elbow and Tennis Elbow:

These exercises are designed to improve the tensile strength and resilience of the tendon and musculotendinous junction.

Both Golfer’s Elbow and Tennis Elbow can be treated in the same way, like was previously discussed, with slow heavy load of the tendon to get the tissue to remodel properly. However, it must also be determined why it came about in the first place and what the reason was for this tissue being overloaded. Was it one day of really excessive work? Or was it moving incorrectly over time and causing excess strain where there shouldn’t be? This can be determined by a physical therapist and corrected, so if you have been having trouble with some forearm pain try the exercises above and give us a shout.

Eccentrics have been shown to be the best way to provide slow heavy load because it allows for the most control of such a force that the tendon needs to remodel. This should be performed very slowly as in over 8-10 seconds while going through the full range of motion. WIth this exercise a mild amount of pain is expected and acceptable. The key with this type of muscle activation is lengthening the muscle tissue under tension. Think of picking a heavy object out of a truck and slowly lowering it down to the ground and then trying to pick it up and put it back in the truck with the same controlled speed, a lot harder.

If you’re still battling pain that you can’t seem to shake and is limiting you from doing the activities you love, give us a shout today at 561-899-8725 or email us directly at Team@AthleteRC.com. We can help solve this problem for you.

Imagine getting that pain fixed – allowing you to really get after your workouts and do the activities you LOVE most in life.

Have other questions or need assistance with a current injury? Reach out to us and learn how we may be able to help!